As a writing team for the musical stage, Sharon and David had their first full length musical - Elizabeth of Russia - performed in a production that featured the Romanoff Stradivarius violin and principle dancers from the Sarasota Ballet.  Chosen as an official event, Elizabeth of Russia was honored with a production celebrating the centennial anniversaries of St Petersburg, Russia and Florida.

Their next work was a commissioned musical about Golda Meir, Our Golda, produced by the Sarasota- Manatee Jewish Community Center.  Later, it was rewritten as Golden Roads and performed as a one –women show that opened the 2017 SaraSolo Festival.

Their third work was the opera Octavian and Cleopatra which was produced in St. Petersburg and Sarasota.

Their fourth work - Three Queens: Cleopatra, Elizaveta, & Golda  - joined the three rulers into one 90 minute piece that was produced in upstate New York and Sarasota.  Their most recent endeavor is PATRA - an opera comique in Two Acts sung in English. PATRA will be performed in a full workshop at the Seagle Music Colony in New York in the Fall 2019.

Other works by David and Sharon include two world premieres for concert band: Glory and Honor, and We Are One

Librettos and Music by Sharon and David (from the most recent)

PATRA – opera comique (major rewrite of the former Octavian and Cleopatra) After her defeat by Rome, Cleopatra is determined to find a way to save herself, her children and her Egypt.  When the villainous General Octavian dangles a marriage proposal, Patra’s love changes Octavian into a new man. 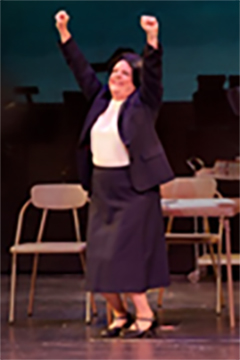 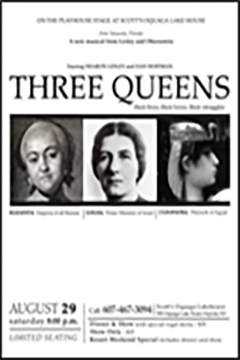 Golden Roads (rewrite of the larger Our Golda) – musical.

The drive to have a homeland where she and her people could live free from fear propels a humble girl named Golda Mabovitch down a challenging path that leads to her improbable rise to becoming Golda Meir - Prime Minister of Israel.

Based on the award winning youth novel by Kristiana Gregory.  Two sisters have to take care of themselves in the wilds of 1849 California while their newly widower father is out searching for gold.  As a family, they discover where true treasure lies.

The challenges and love affairs of three women who have ruled their countries.  Each ruler’s story is condensed from their full length musical to about 30 minutes apiece.

Cleopatra in her final days changes the villainous General Octavian into a new man and
secures a future for three of her children.

Her love for a peasant made Elizaveta Petrovna  (daughter of Czar Peter I) lead a bloodless coup to take something she never truly wanted – the throne of Russia. 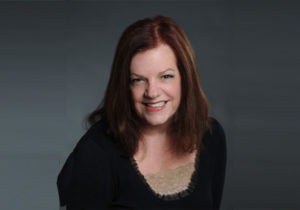 She has sung leading and featured roles in musical theater and opera, directed classic and contemporary plays, acted in numerous new and established works, written six librettos, composed for the musical stage, and arranged for concert band and small ensemble.

With her husband David, she created and performed numerous cabaret acts and concerts in the US and internationally.

As a nationally recognized instructor with Road Scholar, she teaches adults about theater and operas.

She studied voice privately with both opera and Broadway style teachers and received her BA in Theater Arts from the University of Louisville. 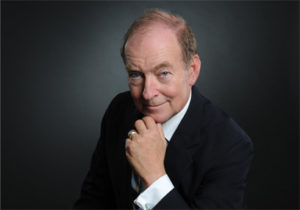 David began composing at 11 years old as soon as a piano moved into his family’s Detroit home.   He arranged and accompanied 15 years working with the legendary Rubinoff and his Violin.  His ballet Dance of the Zodiac was performed in Sarasota with the Florida Ballet Arts Company.

After many years concertizing in the US and internationally with wife Sharon, he turned back to composing when they teamed to write works for the musical stage.

David was the pianist and arranger for The WindSong 5 with wind trio and singer.

He composed two works that had world premieres with the Sarasota Concert Band.

David just finished his 10th winter season playing the Steinways at the Gasparilla Inn (rated # 1 resort in Florida, # 7 in the US) .  David earned his Bachelor and Masters of Music degree from Wayne State University.

He studied piano with Mischa Kottler and Gyorgy Sandor.